Why is cooperation within teams and collective work so underdeveloped ?

According to the study, the explanation for this finding is the “lack of leadership support”, or to put it more clearly, leaders and managers do not encourage this type of functioning. The other reason put forward is a “poorly adapted evaluation system”, i.e. evaluation systems are mainly based on individual performance rather than on involvement in teams and contributions to the collective.

Other perhaps more frequent reasons can be added: hierarchical management is often a response to time pressure: studies since the seminal work of Kurt Lewin(1) (1939!) have always found that autocratic management allowed the fastest decisions to be made in the short term, and is based on the idea that the leader ( or manager) is the most competent in the group (in this case, it is normal for them to make the decision…), which is still a very common representation of the manager. It is tempting for many managers to limit themselves to this simple and quick exercise of authority, all the more so because while participative management brings more involvement, creativity and commitment, it is also more time-consuming in the short term!

We may also consider deeper, more personal reasons: some relating to the fear of losing power, of going outside one’s comfort zone, of going outside one’s legitimacy (mastery of technicality), of appearing weak…or the desire to show that one is useful, to control, or even the resulting feeling of prestige. Other reasons may be the desire to decide on one’s own, or concern to produce good work by doing it oneself.

Our experience in team-building support is that there is another important factor to consider: the knowledge of working in a team is not always up to the task. Most of the managers and leaders we meet are convinced of the need to develop collective work and participation (they aspire to it themselves!). One part of the solution is to make managers’ practices evolve, another is to improve the functioning of the teams in order to lift the brakes by example.

Indeed, those of us who are confronted with the issue know that it is not that simple: collective work requires know-how (distributing roles, organizing governance, holding effective meetings, having a shared communication and information system, monitoring progress, etc.), but also (and above all?) interpersonal skills (listening but also expressing one’s position constructively, keeping commitments, knowing how to go from “leader” to “follower” and vice versa, knowing how to regulate conflicts, etc.). In short, to know how to create coherence and cohesion and how to propose meaningful situations with a collective goal! A real challenge for any leader.

Peter Hawkins, a great specialist in team performance, sheds an exciting light on what teams often lack in order to become effective: the lack of a clear mandate that legitimizes the group’s existence, the imprecision of the mission’s purpose, its goals, its objectives, the lack of links with the stakeholders in the project carried by the group, insufficient attention paid to team leadership and the lack of learning from the team’s experiences.

These observations lead him to propose 5 priorities for building a successful team:

This tool is one of the important models we use in our training in team coaching and transformation management. At Activision Coaching Institute, we are convinced that teamwork is one of the main answers to the challenges of adaptation, commitment, creativity and employee satisfaction. We believe that the demonstration of successful, high-performance teams will be a strong argument for accelerating the development of more participative practices in companies and organizations in general.

(1) Kurt Lewin (1890-1947) American psychologist of German origin specialized in social psychology. He was particularly responsible for the first formalization of the types of leadership: directive, participative and laissez-faire. 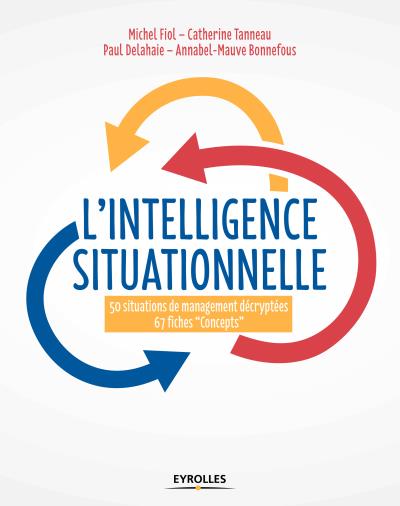 Find out about our certifying programs

We use cookies to ensure that we give you the best experience on our website. You can either accept all of them or hand-pick cookies individually.

Some features of this site (sharing of content on social networks, direct playback of videos) rely on services offered by third-party sites. These features deposit cookies allowing these sites to trace your navigation. These cookies are only deposited if you give your consent. You can inform yourself about the nature of the cookies deposited, accept or reject them either globally for the entire site and all services, or service by service.